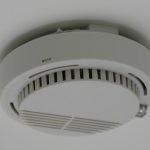 Homeowners and landlords in New South Wales are concerned that they too will face costly changes to become compliant, now that Queensland authorities have started to promote stringent new smoke alarm legislation, which was announced a few months ago.

According to national smoke alarm compliance company, Smoke Alarm Solutions (SAS), current legislation in NSW requires at least one operational smoke alarm on each level of the occupancy, which could be owner-occupied or rental homes, caravans, relocated homes or any building where people sleep.

Julieanne Worchurst, Australia and New Zealand sales and marketing director of SAS, says that used to be the case in Queensland too, but following a tragic house fire in which 11 people perished five years ago, legislation has become much more stringent to provide a greater level of safety.

“The additional measures include smoke alarms to be installed in every bedroom of a home by a qualified electrician,” Worchurst explains.

“They also need to be interconnected with one another so that they all sound when smoke is detected.”

Currently, there are currently no plans in NSW for smoke alarm legislation changes.

“A crucial part of the current NSW legislation forbids tenants to remove the battery or otherwise tamper with the smoke alarms,” Worchurst adds.

“This is to prevent families inadvertently breaking them or forgetting to replace the smoke alarm battery and switch it on.

“Normally, there’s no reason for a tenant to tamper with the smoke alarms, and they don’t, but sometimes the alarm starts to sound accidentally (eg. when cooking) or it starts to beep, indicating the battery needs to be replaced.”

In this case, the required action is for a tenant to contact their property manager, who’ll organise for a qualified electrician or smoke alarm technician to attend the property and fix the problem.

“The only time this is a problem is when it occurs in the middle of the night, a public holiday or on a weekend, when the property manager isn’t working,” she says.

“With few other options, families may attempt to stop the alarm sounding themselves. However, under no circumstances should this happen, because of the danger it places on the lives of those who live there.

“On the other hand, families shouldn’t have to stay awake during the night by a beeping alarm, waiting for the property manager to start work so they can report it. This is why we launched our 24/7 Emergency Service, which ensures attendance to alarms outside of business hours,” she said.

Landlords enrolled on the Smoke Alarm Solutions’ Platinum program ensure that their tenants and investment are constantly protected through unlimited inspections to ensure compliancy, repairs or replacements of faulty alarms. The company also attends to alarms in emergency situations outside business hours.

The service is 100 per cent tax deductible for landlords.