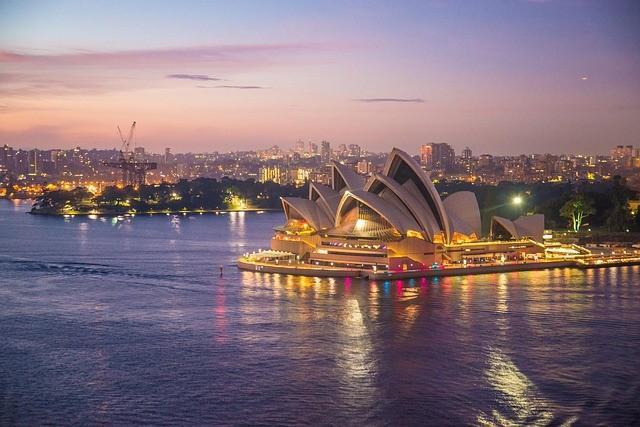 Rozelle – Houses
Rozelle is located on a peninsula, approximately five kilometres west of the Sydney CBD, between Balmain in the northeast and Lilyfield in the southwest. Balmain and Rozelle in particular have a great village feel and sense of community. The main street in Rozelle has many boutique shops and cafes, a weekly flea market, and it’s a short walk from the excellent pubs and restaurants in Balmain.

The suburb is well serviced by buses and a light rail, allowing professionals to easily commute to the Sydney CBD.

Despite being popular with wealthy professionals, the area has working class roots. Many of the homes in the area are Victorian-era workers cottages that have already been renovated. However, there are some dated properties that present renovation potential.

Dulwich Hill – Houses
Dulwich Hill is an inner-west suburb of Sydney, approximately 10 kilometres southwest of the Sydney CBD. Despite being close to the entertainment and convenience of the city and the inner-west, Dulwich Hill is largely residential, and is popular with young families. There are cafes, shops and restaurants in the suburb, as well as two schools and several early learning centres.

The suburb is connected to the CBD by bus and light rail and its streets are lined with Victorian workers cottages and terraces, as well as some larger federation homes.

While Dulwich Hill has a high median value, there are renovation opportunities in the suburb that can be found below the median, with potential to add value.

Guildford – Houses
Guildford is located in western Sydney, approximately 25 kilometres west of the Sydney CBD and less than 10 kilometres south of Parramatta. There are plenty of employment opportunities in the area, being located northeast of a large industrial precinct and south of the Parramatta CBD. Parramatta’s also popular for its restaurants, cafes and large Westfield shopping centre.

Guildford has a train station at its centre and is well serviced by buses.

Finding a house for under $1 million in Sydney is becoming increasingly difficult. With a median of just $816,000, Guildford houses present not only renovation opportunity but also potential for long-term capital growth. Houses in the suburb are largely detached weatherboard cottages or brick homes, on spacious blocks and wide streets.

Belmore – Units
Belmore is an up-and-coming suburb of southwestern Sydney, located approximately 20 kilometres from the Sydney CBD. It’s burgeoning with new cafes and restaurants on Burwood Road, the main street that leads into the suburb from Belmore Train station.

Belmore has a sense of community and is home to the Canterbury League Club, a large sportsground.

Like Guildford, Belmore may well be one of the last affordable suburbs within reasonable distance of Sydney, with the median unit value under $500,000. The suburb is home to small detached homes and small boutique unit blocks, with many older ’70s style blocks presenting renovation opportunity.

Avalon Beach – Houses
Avalon Beach is a far north suburb of Sydney. This beautiful peninsula is home to a popular beach, and the quiet streets are leafy and picturesque.

Avalon Beach residents have access to a small commercial precinct in the southeast of the suburb. It’s not connected to the city via train but is serviced by buses.

Avalon Beach is a higher end suburb, with the median value house over $1.3 million. Renovation can be a relatively affordable entry into this suburb.

Houses in the area are set on large, leafy blocks, and vary widely in style and age.