May 19 Posted by Linktosale in New South Wales 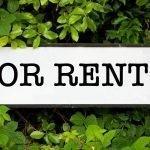 Sydney’s residential vacancy rates remained at 1.7 per cent for a third month in a row, according to data released by the Real Estate Institute of New South Wales (REINSW).

“Low vacancy rates highlight the shortage of properties in high-demand areas. This trend is expected to continue into the winter months.”

In the Hunter, vacancy rates rose 0.2 per cent to 2.5 per cent, while Newcastle experienced a fall of 0.8 per cent.

“Properties are leasing well and in quick timeframes in Newcastle,” Cunningham says.

*Suburbs included in ‘inner’, ‘middle’ and ‘outer’ Sydney are those falling within the Sydney Statistical Division as per the Australian Standard Geographic Classification of the Australian Bureau of Statistics.

Meanwhile, Perth’s vacancy rate sits at 5.6 per cent for the March quarter, according to the data.

It seems tenants are taking advantage of improved affordability in the rental market, as leasing activity has spiked and reiwa.com analysis shows a surge in the leasing of one- to three-bedroom properties.

Real Estate Institute of Western Australia president Hayden Groves says one-bedroom leased properties increased by 50 per cent in the March quarter, while two- and three-bedroom properties had increased by 18 per cent.

“There was a significant amount of leasing activity in the one- to three-bedroom market over the quarter, while four- and five-bedroom properties experienced a small decline.

“In the three months to March 31, 2016, the total volume of leased properties in the Perth metro area increased by 17 per cent on the December 2015 quarter,” he adds.

“While rental listings in Perth remain above the long-term average, the number of properties leased in the March quarter has soared well above the growth of listings, which is a real positive for the market.

“This has caused the vacancy rate to come down to 5.6 per cent in the March quarter from six per cent in the December quarter as tenants have soaked up stock,” Groves says.

At a sub-regional level, nearly half of Perth’s sub-regions maintained a stable overall median rent in the March quarter, while there were mixed results for average leasing days across the metro area.

“The biggest improvement in average leasing days was felt in the Perth City, Fremantle and Western Suburbs sub-regions, while on average it took longer to lease a property in Joondalup South, Wanneroo North West and Wanneroo South in the March quarter than it did in the December 2015 quarter.”