‘Let them eat avocado toast’: Sydney/ Melbourne FHBs will never save a deposit

Oct 19 Posted by Linktosale in Finance 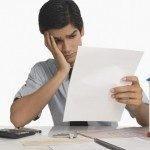 With debate raging over whether millennials should give up their cafe brunches and start saving their pennies, new analysis by Mozo.com.au has revealed that first homebuyers saving 10 per cent of their income each month will never save enough for a deposit in Sydney or Melbourne.

The comparison website says that if median house prices continue to grow at the same rate as the last decade, the property ladder will remain out of reach for first homebuyers trying to save a 10 per cent deposit in our two biggest cities.

“The reality is that incomes just haven’t kept up with the explosion in property prices and the property market is slipping further and further out of the reach of first homebuyers across the country, even if they’re prepared make their own avocado on toast in their tiny rental kitchenettes,” Mozo director Kirsty Lamont says.

“We looked at median home prices and median incomes for each capital city and found that first homebuyers in Hobart have it best, taking five years and three months to save a 10 per cent deposit, compared with over eight years in Canberra, Darwin, Brisbane, Perth and Adelaide – or never in Sydney and Melbourne.”

Mozo says the picture is even more dire for first homebuyers trying to save the 20 per cent deposit recommended by experts to avoid paying lenders’ mortgage insurance, with this amount unattainable in Sydney and Melbourne and taking close to 40 years to save in Darwin, or nearly 24 years in Canberra.

“First homebuyers have a stark choice between trying to save more, which is very difficult in the cities with the strongest growth in house prices as rents tend to be higher, or to aim for a smaller deposit, which means higher mortgage repayments and the added hit of lenders’ mortgage insurance,” Lamont says.

“Renting for life may be the only option for young Aussies priced out of the market who don’t have financial backing from their parents, inheritance money or a partner to help share the burden.”