May 28 Posted by Linktosale in Victoria 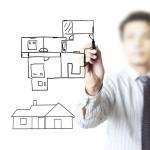 Victoria is currently undergoing its biggest shakeup to residential zoning in 30 years.

New residential zones were introduced to the planning system last year and councils across the state are rushing to introduce them to their planning schemes before the July 1 deadline.

The three new residential zones will replace the old residential zones. They introduce various density objectives including more rigid, and in some instances, more restrictive controls than ever before. However, these new controls aren’t all bad news for developers if you know which zones have been designed to be more supportive of development.

The intention is to eliminate ambiguity about what will actually be approved on which sites. By more clearly stating the restrictions on a site, there will hopefully be fewer instances of councils adopting unwritten policies about density. If developers know how these zones work, they’ll know where to target their proposals with the minimum of red tape. The new zones are:

This zone is the most restrictive and identifies areas where council wants to see very minimal change. It has a default two dwelling limit per lot and eight-metre height limit. Councils can vary these limits and some councils (such as Yarra) are looking to introduce sliding density scales.

This zone generally operates the same as the current residential one zone, which is currently the most common zone. Its purpose is to allow greater housing density, although at the more modest scale of less than nine metres. However, councils have the ability to introduce locale specific schedules to the zone, specifying further restrictions such as building height, site coverage, private open space provision, landscaping, etc.

This zone is designed to encourage higher density development – up to four storeys or 13.5 metres in height, and is generally to be located near activity centres with access to public transport. Preserving character isn’t an objective in this zone, although amenity impacts on neighbours will still be considered.

Like many aspects of a development’s success, the devil is in the details. These new zones are able to be ‘personalised’ more easily than the previous zones (via the zone schedules). As a result, a neighbourhood residential zone in one council could allow a maximum of four dwellings, while in another it could limit development to two dwellings.

The new zones also include a transitional clause relating to the maximum dwelling and building height restrictions, exempting applications lodged prior to the approval date from meeting these restrictions. It remains to be seen if councils will have any legal standing to try to impose these restrictions while the zones are still being considered for approval.

What are councils doing?

Councils’ approaches to these new zones vary greatly with some in the southeast, like Glen Eira and Bayside, typically pushing for the most restrictive neighbourhood residential zone to cover most of the municipality. Other councils, such as Monash, are primarily proposing the general residential zone, but have included strong restrictions within the schedules to limit development in other ways. Still others, such as Moreland, are attempting to include more residential growth zone, although their residents are less than pleased with this approach and this may evolve over the coming months.

The implementation of these zones is now ramping up prior to July 1. If councils don’t adopt the new zones by this deadline, all of their residential land will automatically convert to the general residential zone. Councils are scrambling to complete public consultation and make it through the amendment approval process prior to this deadline.

The situation is changing weekly and when proposing development on a site, it’s important to stay on top of how and when the zones will be changing and any potentially affects on the proposal.

A full assessment, carrying out your due diligence into the various planning and legal controls of a site is important prior to pursuing development, especially in light of these new zoning changes. However, this assessment process can be costly and time consuming, especially if the outcome isn’t favourable.